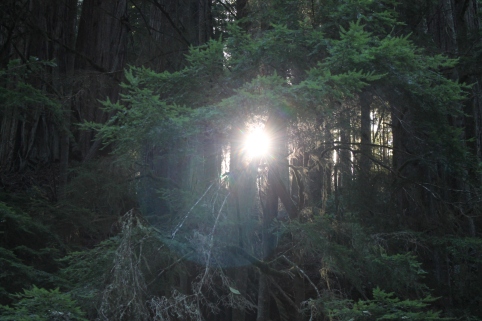 Why write a book? With the hectic pace of life these days, an endeavor such as this sounds borderline insane. For any of you avid readers out there, I know you understand the feeling when you’ve finished reading a book and thought to yourself “I could have written that” to the other end of the spectrum, to have finished a book that literally changed the way you think. Or? You could be like me, with the above mentioned two scenarios with an addition of having a thousand stories tucked deep within your soul that are just dying to get out.

So? Im following my heart, and my heart’s desire, and am writing a book. I had no intention of starting with a work of fiction. Im a very factual person with a scientific mind. But I fiddled with a lot of ideas, and then one day I just took a walk, similar to the area pictured here and the thought came to me.

I have strong views on many subjects but love the creativity of writing. You can include your beliefs and paint it into a story that is palatable to readers. With tough subjects such as politics, religion, war, and right vs left, there is one thing that captures my heart more than any thing and that is being a mother. With everything I have done, places I have gone, things I have tried, there is nothing on this planet that I am more proud of, or that drives me, and that is being a mother.

So I started writing. And I have realized that you basically pour your soul into a laptop and it can be quite shocking when you read it later. I have heard that “first novels suck”, and? Perhaps mine will. But it is something I have wanted to do my entire life, and so with my best foot forward? I am going to finish this and publish it in 2015. (fingers crossed)

Here is a sample included below. It’s a rough draft only. Please take the time to read it and give me feedback. All comments, suggestions, criticism (I want real not nice!) are more than welcome. Please let me know what you think.

Eli laid on the soft mat that he called his safe place for all of the circles of  his life. His mat laid flush with the floor of the awkward structure he called his home. It was only he and his mother that resided there. One single thought of his mother filled his heart to the brim with that warm feeling. The feeling that covered him with warmth and felt like safety and love. For all practical purposes, he had lived nine circles. he was facing a small makeshift window to the side of his mat and looking at the moon.

It was the 264th moon. usually the moon was a good thing, especially the full ones that were orange and beautiful. The orange moons did not happen often, but when they did, Eli thought you could almost reach out and touch it. The orange moons were so full, round and big that they seemed to kiss the earth and linger there. Eli loved those nights. It was on those nights something special happened. the light and color of that orange moon skimmed over the hills and the huts and made everything glow.

The moon was special to both Eli and his mother. They had gazed upon hundreds of them as they shared thier thoughts and dreams and gazed upon it together. The moon could light your way if you had to do some late night work in the gardens. The moon could keep you company on those nights where sleep stayed distant and thoughts ran wild.

Eli loved the moon and the connection he and his mother had to it. But not this one. Not the 264th moon and most certainly not the 264th moon during the ninth circle of his life. Eli thought if he could just shut his eyes tightly enough perhaps he could drown out the light of that dreaded moon. Why did it have to be this way? And why him? He wasn’t special. Just a boy with a mother who had lived in this land for all of the circles of his life. Who created this life changing rule that on the 264th moon, a boy with only nine circles of life behind him, could possibly wake up in a new land, knowing nothing about it, and knowing not a soul? There were only three other lands that were spoken of and they all sounded frightening. Were there other boys that were in thier ninth cirlce of life laying on their mats and having similar thoughts? Are they afraid? Will they miss thier mothers as much as he would miss his  every single day and with every single moon he gazed upon at night? Eli had never lived even one moon of one circle without his mother. As his eyes became heavier and heavier, and the more he fought it, the closer he got to driftingoff to sleep. Then the light of that 264th moon would creep in through his window and he would slowly open his eyes, and shudder.

5 thoughts on “Writing a Book”

Philosophy is all about being curious, asking basic questions. And it can be fun!

"Life past, present, thoughts about the future, and ever changing world."

Donate And Help Us Now

thoughts from my mind to yours

Travels in Finland and abroad

Planning the life you want

To become a better you