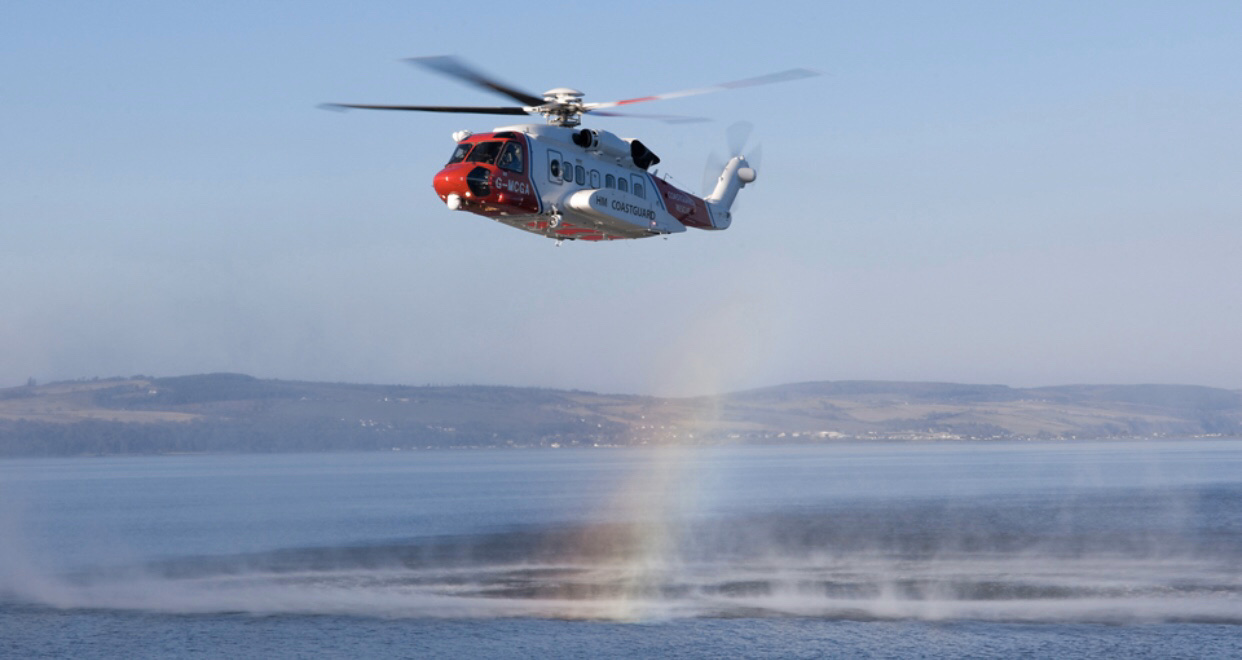 Greetings to all who have stopped by my little corner of the world. This is try #2 as I believe there was a glitch in the Matrix.

This post will be a little different than my norm. “Norm”. What is normal? For any of you who have followed my journey who know me,  know my life has been far from the ordinary description of “Norm”. What I am about to share with you is no different.

First of all, I am by no means declaring Im better than anyone else. That my experiences are more extreme or better than anyone else. They are just my own. What I experience. No more or less. My experiences however, have been very random, and I have collected many stories in my 6+ years as a traveling FNP. I have been encouraged, instructed and pleaded with to write a book about it all. Perhaps I will. This past week has been surreal.

I am writing this out not to brag or anything of the sort. It is simply my way of processing it, documenting it, and sharing it. Nothing is exaggerated, if anything, it is downplayed as it is far too extreme to think about too much.

Here is my story. 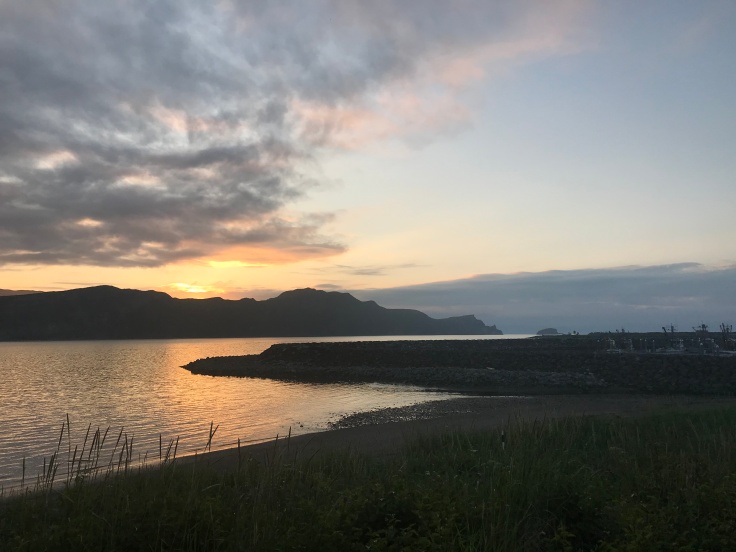 Where I am in Chignik Bay, Alaska is a peaceful place. It is eerily silent at times. I don’t think I have ever experienced true silence as much as I have in this place. Sometimes it is comforting, like being wrapped up in a big warm blanket. Others, it is just plain creepy.

Tuesday night, I felt pretty tired so I was in bed by 9, which is very early for me. I must have fell asleep as my next semi conscious thought was the bed moving. And I do mean MOVING, like shaking around, like right out of Poltergeist. For a moment I thought it was a dream, but after I got knocked to the floor I quickly realized this was no dream. It was an earthquake.

Now I have been in earthquakes before as I have worked in Northern California several times. It always felt to me like the ground moving back and forth, for a short while, just enough to talk about it at work the next day. This one was far far different  than that. You take for granted having your feet planted on solid ground. But when all of that is moving…..not a happy place.

Not only was the ground moving back and forth. But also up and down and rolling around like a wave. It was so bad that it was impossible to stand up. I quickly got into detail mode in my brain and found some leggings to quickly put on, found my shoes, my ID out of the drawer, all the while trying to dodge the inanimate objects flying out of all of the cupboards and off of the shelves. The emergency cell phone rang with a panicked voice on the other end: “Get to higher ground RIGHT NOW”. I made my way to the door, found my way outside and to the truck I was given to drive while I was here.

The ground continued to violently move to the point that balance was in issue. A truck came barreling down the only dirt road in this village and slowed down enough for me to jump in the back.

And up the mountain we went. 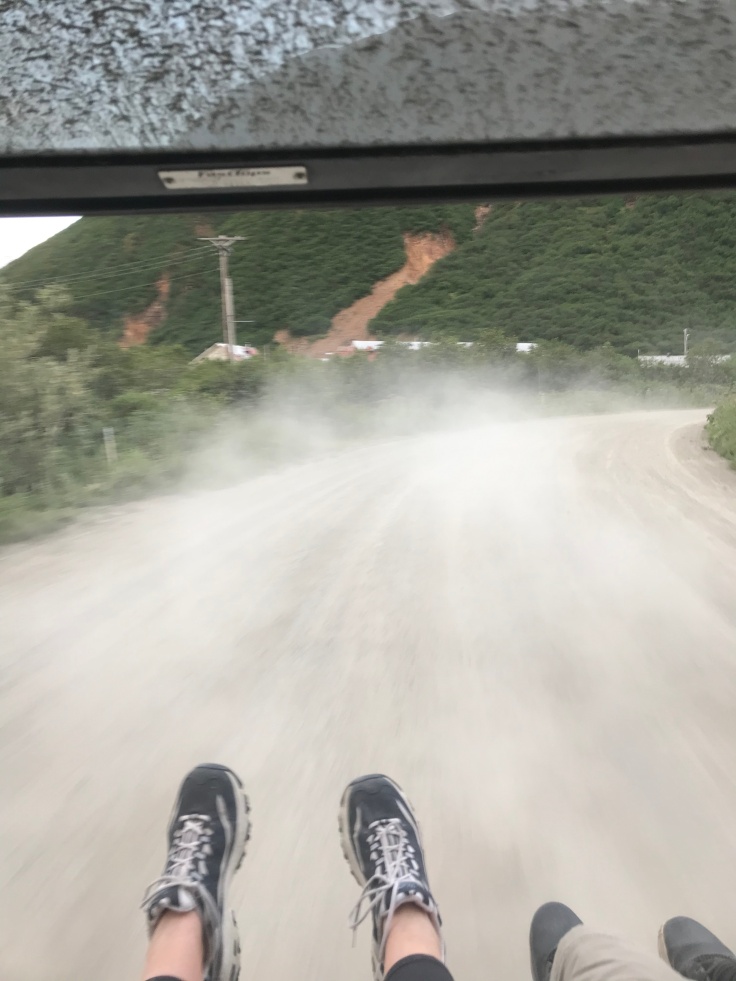 The entire community was at the top of the mountain for a Tsunami warning. After a couple hours the major threat was over, the ground moved every few minutes just as a reminder that Mother Nature wasn’t done yet and was still pissed off.

I made my way down the mountain with the health aid that I work with, and saw a group of people in the middle of the road. As we got closer two men came running towards us yelling “We need a nurse! We need a doctor! We need somebody!!”

The switch flipped on and medical mode took over. I approached the group, grabbed my cell phone out of my pocket and turned on the flashlight. Did a quick assessment of a man laying on his back in a huge pool of blood, an obvious head trauma. I pointed at one man and yelled “Call the ambulance NOW, I will meet you at the clinic back door”,  and to another, “You get down here and keep talking to him and keep him awake, DO NOT MOVE HIM”, made my way back to the truck and raced to the clinic.

This is when this day started for me. Granted, I had already worked all day, went through an earthquake, and was in dirty leggings and shoes looking like someone who just got back from a camping trip……. but this is where this day began for me.

It was just me. And a health aid. With a total of four weeks training. Four weeks.

I got as prepared as I could. Found fluids and lines. Meds and flashlights. Gauze and blankets and staples and sutures. IV poles and vitals stick. Pen and paper to write down the details. Called the Doc on call from the closest city to where we were.

Bedside care of which I would never care to repeat and was told planes could not come due to the lights being taken out on the makeshift dirt runway. It would have to wait until daylight. Nothing could fly in and land. Nothing.

Thank God for the United States Coast Guard, who worked with us through the day and came in for an emergency rescue. It was straight out of a scene of Kevin Costner’s “The Guardian”, (note to self, put that one back on the to watch list) The following photos are not my own. I had a video of the Heli leaving but because of constant internet issues, it wouldn’t load, but the chopper was exactly the same and something I will never forget.

He left at  6:30pm Eighteen hours after he was found on the road. EIGHTEEN HOURS after working all day and getting through an earthquake. 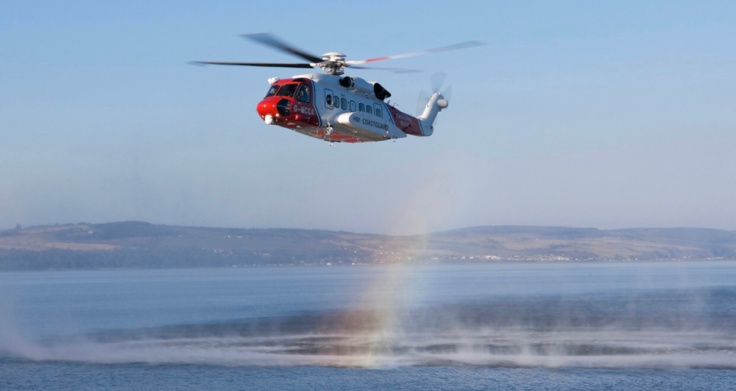 And so starts chapter two. Trauma and getting past it. For any of you in high end healthcare vocations (ER, ICU, Trauma, COVID front lines) you know what I’m talking about. You go into medical mode, do what you have to do, get it done. And then? You have to find someplace to put it all.

Trauma. It comes in many forms, and I do not own the market on this simply because of what happened this week. It comes in many forms. A heart attack. A car accident. A random act of violence. An untimely death. A miscarriage. Witnessing something you shouldn’t. The list is endless but it is all the same. Trauma. You get through it and then comes the journey of processing it dealing with it, accepting it, so that you can continue functioning in the healthiest way possible. Some things are easier than others. But all traumas leave an indelible mark upon your soul.

Why am I writing this? I supposed it is my beginning of processing what has happened. The ground still moves once in awhile and here we are five days later. The calls and how are you’s have dwindled away, and I sit here still searching for someplace to put it.

For any of you who love a healthcare worker. Be patient with us. When we answer “it was fine’, or “it was ok” when asked about our day, please know that it probably wasn’t. But the stories are sometimes so extreme that it is difficult to put into words in a comprehensive way so to make It understandable. We will be tired, sometimes silent, sometimes emotional for reasons we simply cannot find the words to explain. We are difficult to love. It comes with the territory of what we do for a living. Love us anyway. Reach out and care. Hugs. Lots and lots of hugs. Give us time. 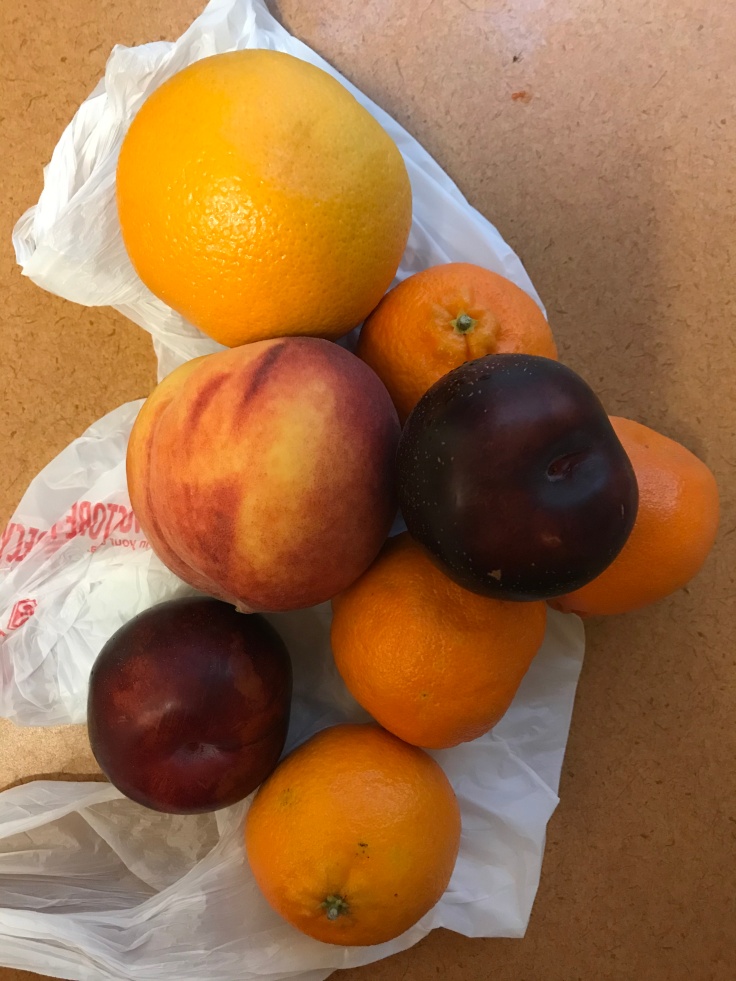 This is a gift brought to me by the ship captain as a thank you. This small act of kindness was enough for the flood gates to open and allow the tears to fall, and believe me they did. Like ugly cry. Snot bubbles and everything.

The earthquake was a 7.8

For any of you that have survived a trauma, feel free to share your story and share what you did to get through to the other side to heal from it, to find a place to put it.

Thank you for letting me share and begin my process of healing. Forgive me for the week of silence and missing to post a couple times. I will be back to my twice a week routine as of now.

3 thoughts on “Earthquake, a Head Trauma, and the Aftermath”

Join 12,962 other followers
Follow Life In A Suitcase on WordPress.com

Philosophy is all about being curious, asking basic questions. And it can be fun!

"Life past, present, thoughts about the future, and ever changing world."

thoughts from my mind to yours

Travels in Finland and abroad

Planning the life you want